Where are women scientists? 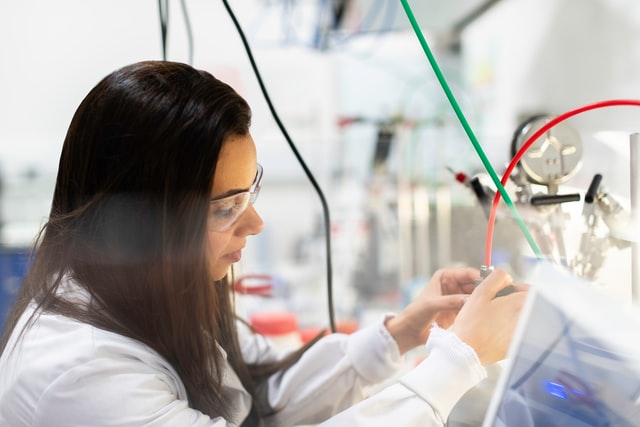 08 Mar Where are women scientists?

Historical reviews of science reveal just how few women have taken part in the creation of scientific knowledge. Women’s contributions to science and technology have always been lower than men’s due to the social and sexual separation in these jobs,1 which has strengthened the belief that men and women should receive different educations in accordance to the roles set out for them in society.2 Nowadays this inequality is decreasing, but science and technology are still male-dominated fields, especially at the highest levels where decision-making and organisation takes place.

Male-bias is present throughout our academic education, especially in the portrayal of scientific activities — which is often the only image of science that young people perceive. Most studied scientists are men, most of the images and names of people who dedicated their life to science are male.3 Women are pushed to the sidelines of textbooks, presented as an exception — this is a form of marginalization and exclusion as well as negligence in the transmission of information that has serious implications. This can explain women’s reluctance towards science, as they lack role-models to follow and may consider that they are less suited to the job’s tasks. Young women are distanced from scientific career paths by this manly image of science, for fear of stepping outside the socially established norms,4 and this has a negative impact on the concept of equality that is promoted by institutions (often only in words, and not actions).

In a world where we try to promote equality in general and gender equality in particular, it is not enough to merely talk, we must take real actions: equal employment opportunities, improvement in work-life balance, equal access to financing and equitable salaries, women’s access to leadership positions and responsibilities… Although the differences between men and women seem to be less evident in the life sciences,5 we cannot let our guard down, and we must continue to show that women can achieve as much as men.

At Laminar Pharma we have a balanced team, allowing both the researchers in training and students who pass through our laboratory to have varied role-models — that they may see, once their studies are over, how the gloved hands of women scientists are helping to improve our society in many areas, just like men’s. Scientist role-models have been important to me since I was a child: the women in my family, my teachers, and currently my thesis supervisors and mentors. They propel me forward, they help me to reassure myself that I am just as able as a man, and to say this: us, the women scientists, are here.